Looking over the mouth of the Afon Seiont to Caernarfon Castle, built by Edward I in the late 13th century 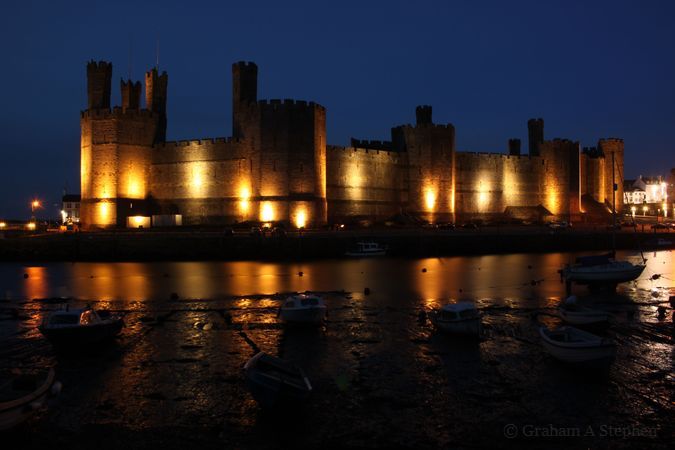 Caernarfon Castle over the Afon Seiont. From left to right: Eagle Tower, Queen’s Tower, Chamberlain Tower, Black Tower, Cistern Tower and the side of the Queen’s Gate. 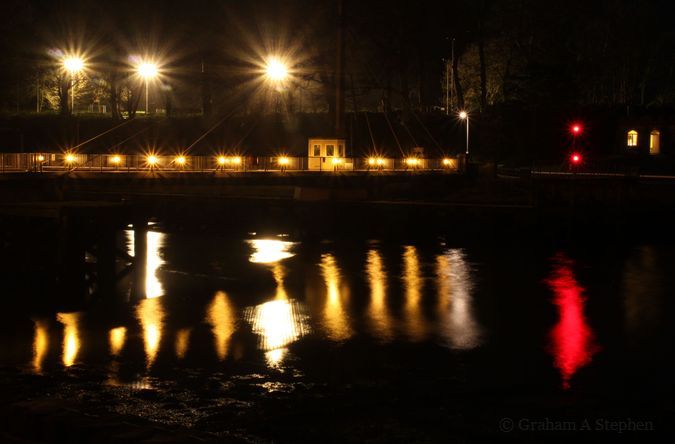 Aber Swing Bridge over the Afon Seiont linking Caernarfon Castle with Coed Helen. The current bridge was constructed in 1970 and replaced a previous one built in 1900, which in turn had superseded a ferry crossing. The illuminated windows at the far right of the image are those of Aber Ferry House, a Grade II listed building erected in 1822.

View over the Seiont. Eagle Tower – the first part of the castle to have been completed – on the left, Queen’s Tower (middle), and Chamberlain Tower and Black Tower to the right.