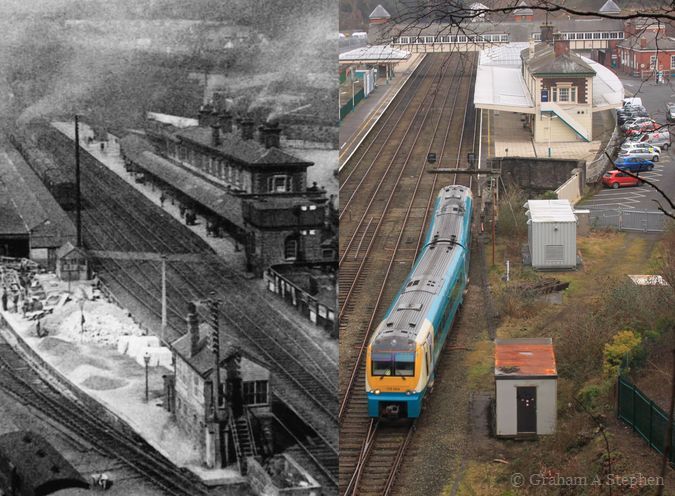 Bangor Station – Now and Then

Bangor station c 1922. An additional two tracks were later lain to the right of the main building, which consequently stood on an island connected to the new booking hall by a footbridge. These tracks were subsequently lifted as local services were withdrawn and the area they had occupied was re-purposed for car parking. 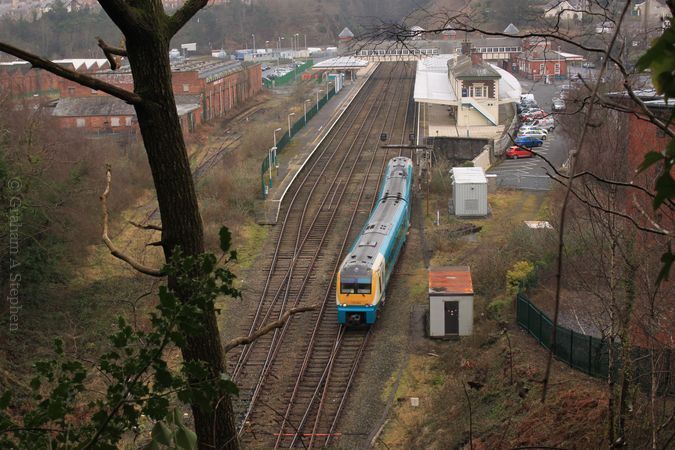 Bangor Station is located between two hills negotiated via tunnels: the 814m Bangor Tunnel to the east and the 592m Belmont Tunnel to the west. 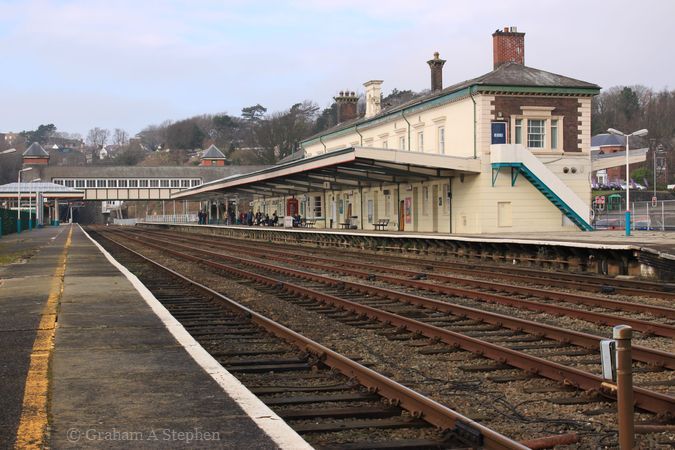 The red cast-iron telephone kiosk visible in the middle of Platform 1 is a Grade II listed structure and is an example of architect Giles Gilbert Scott's iconic 'K6' call-box design, which went into production in 1936. 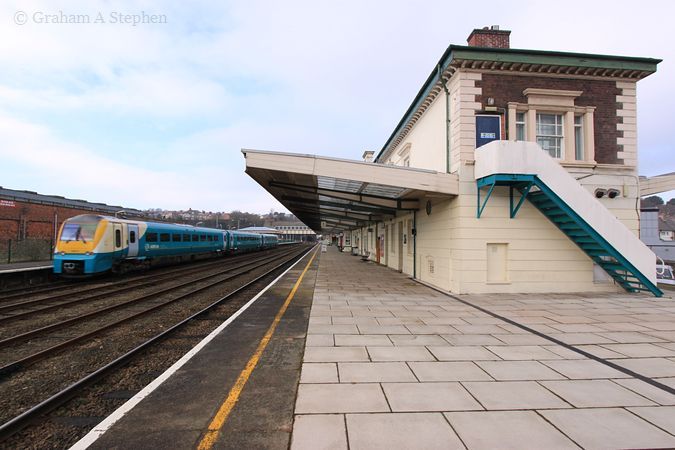 The two-storey, brick built main station building was constructed in Italianate style and received a Grade II listing in 1988. 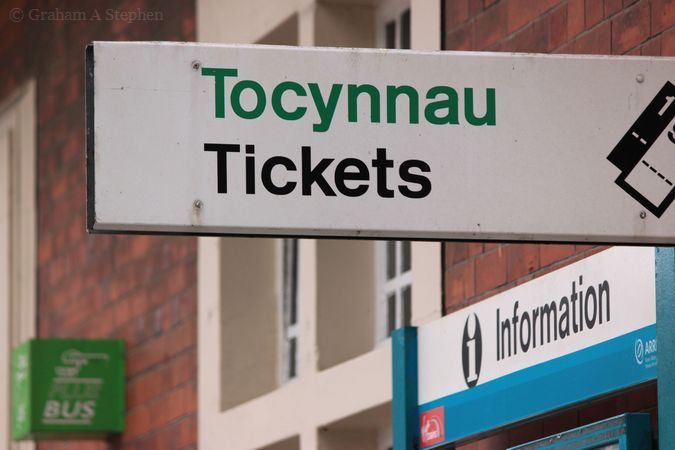 14 thoughts on “Now and Then X: Bangor Station”