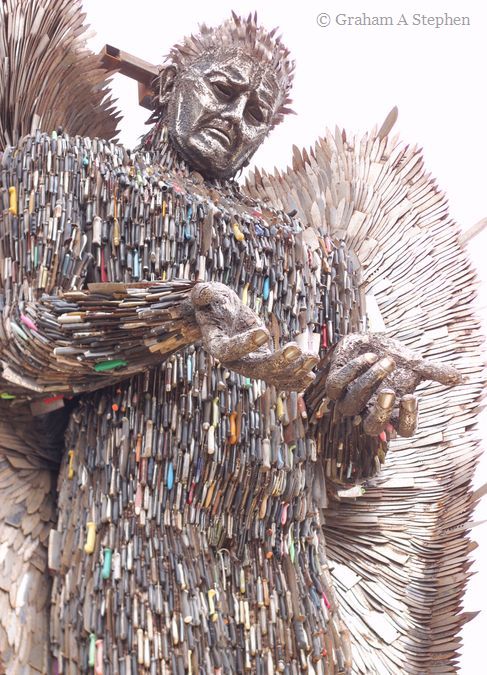 Created by artist Alfie Bradley at the British Ironwork Centre in Oswestry, Knife Angel is a sculpture highlighting the growing issue of knife crime. The 25 ft high artwork was created from over 100,000 bladed weapons handed over to the police in knife amnesties.

The sculpture is currently on view outside Liverpool Cathedral and it is hoped that it will tour other cities in the future. 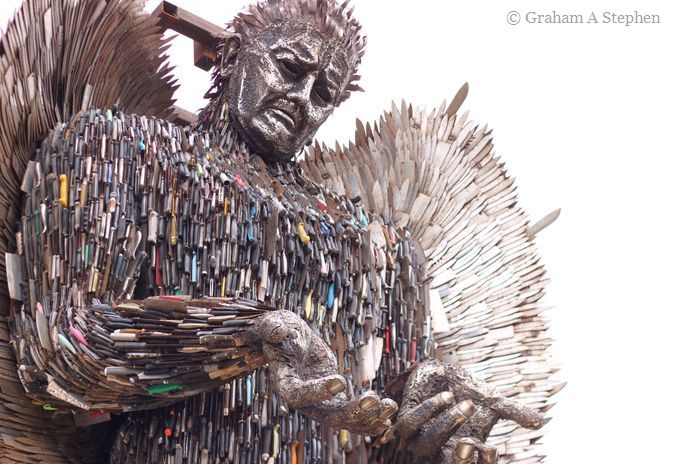