With an altitude of 950 m (3,117 ft), Helvellyn is the highest point of the eponymous mountain range lying between Thirlmere and Ullswater lakes in the Lake District. Helvellyn is the third highest mountain in England and its summit is managed by the John Muir Trust. 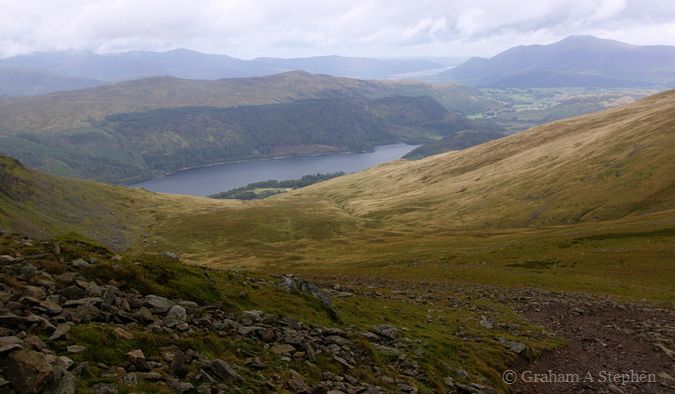 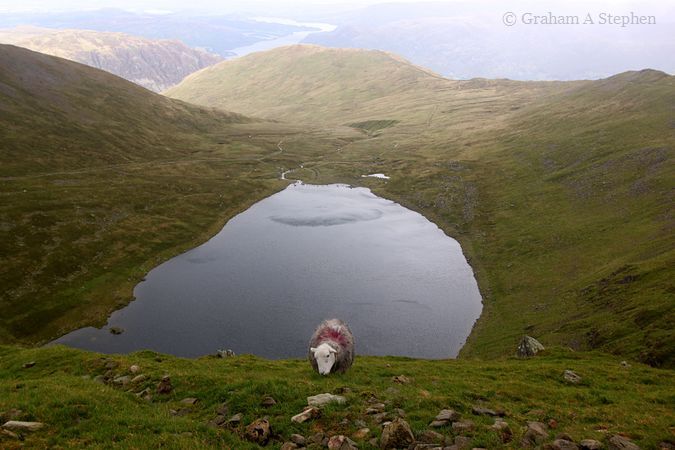 Red Tarn from Helvellyn summit, with Ullswater in the background 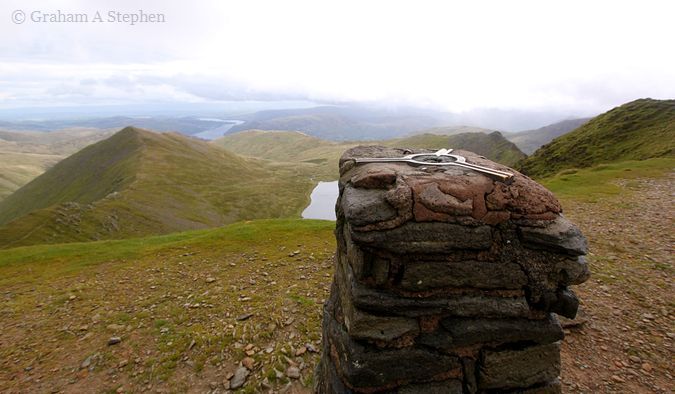 From the cruciform shelter, summit plateau

Cairn, summit plateau, with Striding Edge to the left 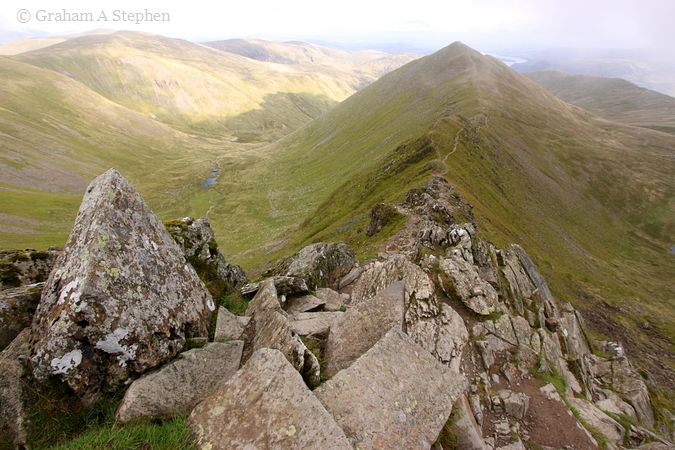 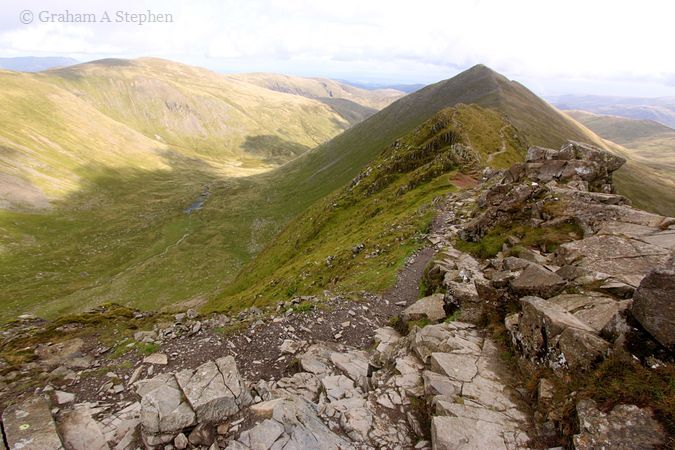